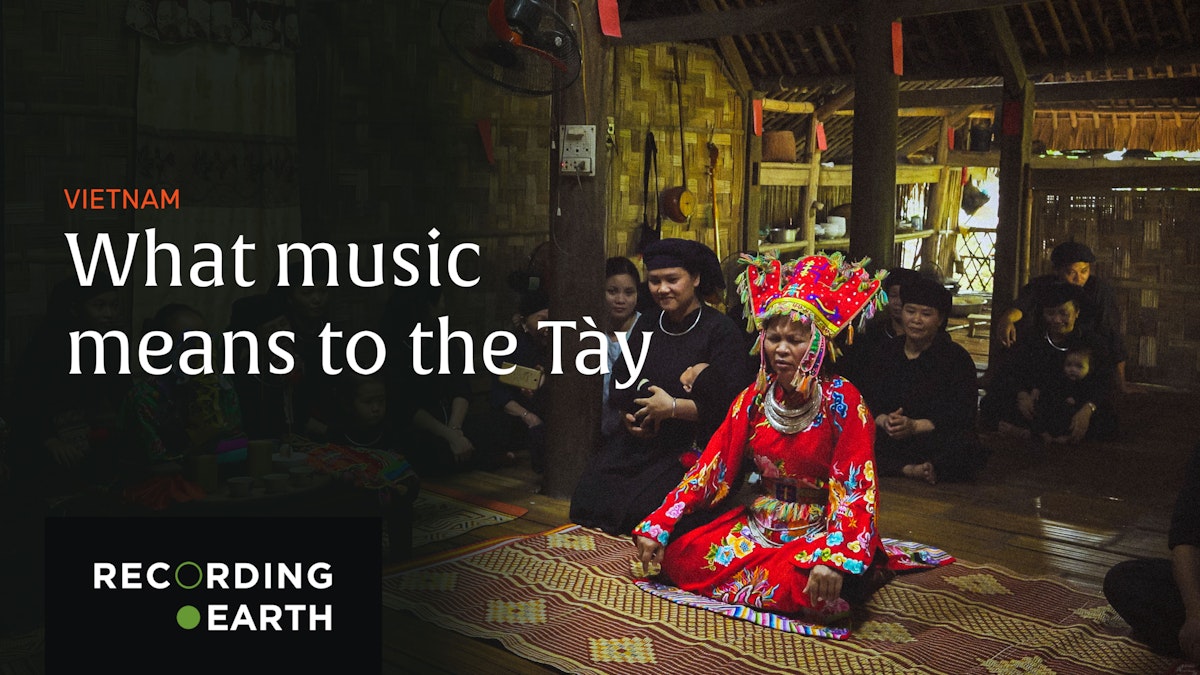 Tày people have been living in Vietnam for millennia (some predictions place Tày people being in the region from early as 500BCE) and they are the biggest ethnic group in Vietnam after the Vietnamese.

Among many of the distinct aspects of Tày culture is the music, which is inherently tied to the indigenous religion, called Then. In fact, the music is often referred to only as Hát Then, which is means ‘the singing of Then’ in Vietnamese.

The Then religion consists of various beliefs and includes aspects of shamanism, ancestor worship and worship of patron gods who protect the village and land as well as some ideas that come from Vietnamese folk religion and Buddhism.

Then singing is performed at ceremonial events and the songs (sometimes called poems or ‘epics’) convey the history and the stories of the Tày people. Not only this but the songs are also used to ask for protection from the Jade Emperor (god of the universe) and to ward off evil spirits.

Tày people combine their traditional way of living with modern life, their lifestyles include the use of smartphones and wifi, for example. But rather than diminishing the culture, the Tày village that we filmed in was using modern technology to strengthen their culture and ties to their community. Everyone was making their own recordings of ceremonies and music performances, and the village itself hosts guests at their large, traditionally built guest-houses via their website and facebook page. It’s very encouraging to see that some Tày can develop and be strengthen their culture in this way. So often the opposite effect can be seen happening where globalisation is diminishing cultural diversity and knowledge of traditional practices.

It’s easy to stay at a Tay village in Vietnam, and it’s a great way to immerse yourself in the culture and support the local community. For more information about the village in this video visit - http://thaihai.vn/

Directed and produced by Alex Blogg