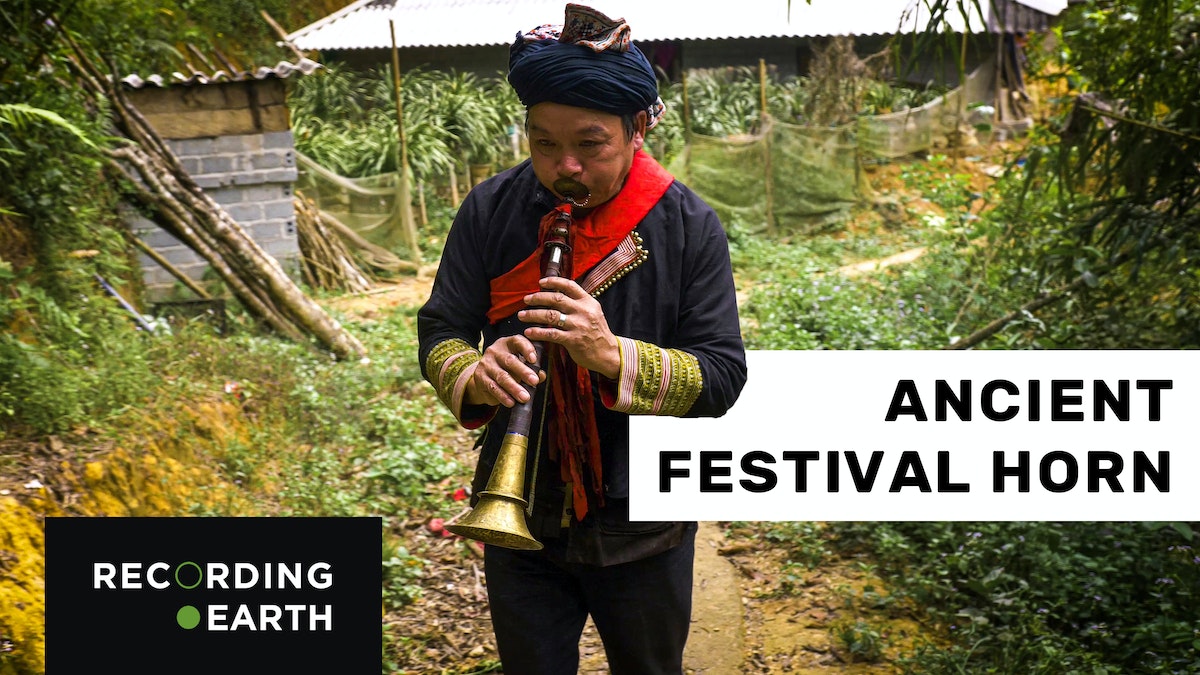 We’re introduced to a man standing in the doorway of his house, he is a musician in a Red Dao village in the Tả Phìn area of Sa Pa, North Vietnam. He welcomes us in and after tea, he reaches for a horn-like instrument, “ah” remarks Olly with some recognition, “Shall we take it outside?” as if in response the man gives it a short blast and I resist the temptation to cover my ears, it is very loud indeed.

The instrument is called a Puôm dặn, and Lý Sài Chiêu is the man who plays it. It is recognisable from other countries and cultures because of its possible origin as the Chinese instrument of similar construction called the Suona. The Suona is dated in China as far back as third century CE, it is said to have influenced similar instruments in Asia, Korea and Vietnam and possibly the Shawm in Europe.

We are lucky to catch Lý Sài, he is heading to Hanoi the next day to play his Puôm dặn for a music festival, part of his continued dedication to keep the instrument alive. But Lý Sài’s dedication goes beyond just preservation. He believes that by playing the instrument and praying to the deities is what makes him truly Dao “Only by doing so then I will be able to become a true Dao person.” he tells us.

It’s true that if it wasn’t for his dedication the practice would be slowly forgotten. Lý Sài reaches into the back of a cupboard in his TV stand and he pulls out a weather-worn hand-bound document. It’s the practice book that was originally handwritten by his father. Studying the Puôm dặn is something Lý Sài didn’t undertake himself until his late teens when he had to research and reignite the practice on his own. It took him two years until he was 20 before he was able to craft the instrument himself.

Lý Sài gives us an animated interview after his performance. He understands the importance of documenting music culture and thanks us for filming. Can music heritage survive through documentation alone? Certainly not. But Lý Sài impresses on us that his children will very much be learning the Puôm dặn, just as he has done.