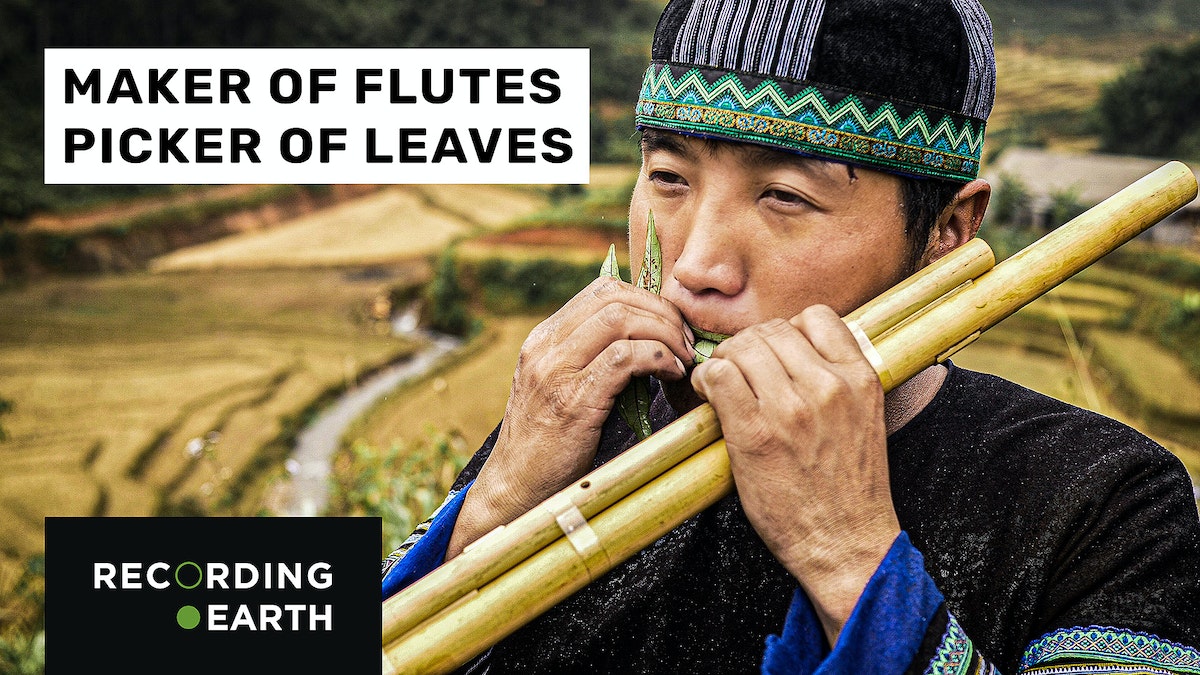 For the Hmong people, bamboo free-reed flutes (Tsaaj Nplaim) are one of the most commonly played instruments. Used mostly for entertainment, their simple construction and portable size makes them perfect for carrying up the hills to rice paddies and breaking the day up with a tune. Bamboo instruments like these flutes and the Qeej are important parts of Hmong cultural heritage.

“Farmers will often play the flute to thank the community for their support... if they're not too tired,” explains Tub Hhmoob Sao Vang, a Hmong flute maker who invites us back to his house on the side of a windy mountain road in the northern Yên Bái province of Vietnam.

In his early twenties, he is younger than most musicians we have met in the Hmong community. “The younger generations don't play as often,” he remarks. Something we find true for many aspects of traditional heritage; smartphones and access to the internet are likely distractions.

We ask to record his flute-playing and make a video, to which he nods and says “of course!”. Then, taking out his phone, he shows us his YouTube channel. “I don’t have many subscribers” -- he has 300 subscribers, which outnumbered Recording Earth’s sub-count at that time!

His channel consists mainly of other flute players in the Hmong community. It’s a reminder that the influence of technology is two-sides of the same coin, both reinforcing and diminishing communities in new and unexpected ways.

Vang also demonstrates for us the nplooj: the leaf. Thousands of potential instruments at your feet makes this instrument popular with Hmong children. Played by curling it up and positioning in the mouth so it vibrates when blown, it makes loud, very high pitched sounds that can be heard from miles away. Although the results are usually better when dry, by manipulating the leaf and blowing, Vang makes certain tones that relate to words. During times of war, the Hmong would send signals and secret messages at great distances using the nplooj.

This video has been community translated from Hmong dialect to English and while we try to be as accurate as possible when editing, some translation may differ from the original words or sentiment. To assist with future translations, please get in touch: info@recordingearth.com