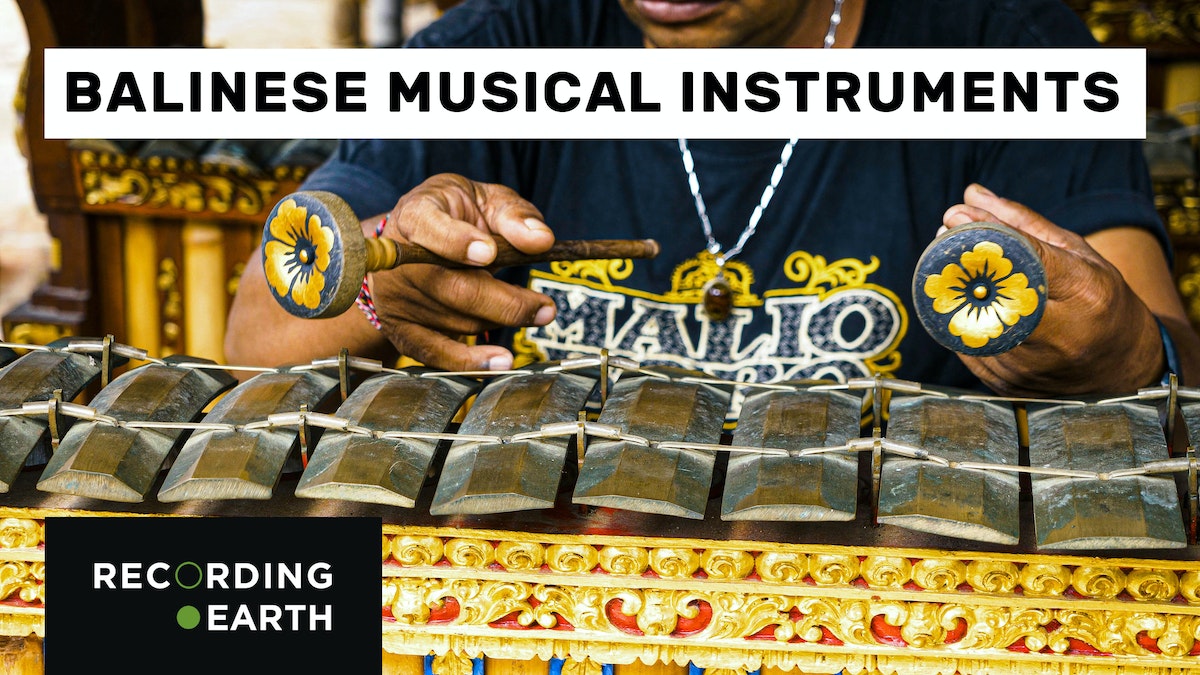 6 Instruments you can find in Bali

Which instrument is your favourite?

Rindik
A bamboo xylophone, played solo or in an ensemble
Rindik is said to have been developed by 20th Century rice farmers
The left hand carries the melody and the right plays a pattern
Rindik has hundreds of compositions, with each region of Bali having their own


Kendang
The Kendang is a two sided drum and one of the main instruments in Gamalan
One side of the Kendang is lower pitch than the other
The best Kendang are said to be made from the wood of jackfruit, coconuts or cempedak.

Suling
The Suling is a bamboo flute and circular breathing is required to play
It most often accompanies Rindik, but can also be a part of Gamalan
This Balanese flute is characterised by the quivering sound made by wiggling the fingers over the holes
Many Suling players decorate their instrument with tassels, jewels or inlay them with tortoise shell

Gendèr
A metallophone used in Gamelan music in Bali and Java

Filmed and produced by Alex Blogg